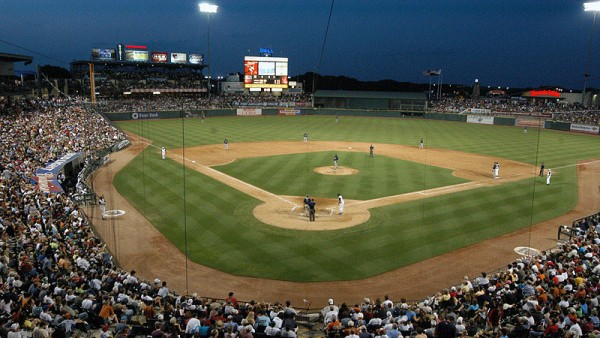 Dell Diamond in Round Rock, TX – Home of the Round Rock Express Image Credit

Round Rock, Texas is located within the greater Austin area in Williamson County. Round Rock is approximately 20 minutes north of downtown Austin and the two cities share a border at Texas State Highway 45. Round Rock is a vibrant, busy city that is a leader in sports, education and technology.

In 2008 Money magazine named Round Rock seventh among to top 10 small cities to live in in the United States. Round Rock was the only Texas town to make the Top 10 on this exclusive list. A year later, in 2009, CNN labeled Round Rock as the fastest growing United States city with a population growth of 8.2% from the previous year.

What makes Round Rock such an ideal place to live? There are several things that make Round Rock the impressive city it is.

One of the reasons that Round Rock is so well-known is that is is the international headquarters of the Dell corporation. Round Rock has a strong economic development program in part due to the fact that several major corporations have locations in Round Rock. Dell employs a bit less than 20,000 employees at it’s Round Rock location and other large corporations, like Ikea, have locations that provide jobs for a great number of individuals. Round Rock continues to evolve from merely being a suburb of Austin and is becoming famous of it’s own accord.

Another reason that Round Rock is becomingly increasingly popular is the superior education that children living in Round Rock receive. A solid educational foundation paves the way for a successful future, and Round Rock provides an education of the highest quality.

Children in Round Rock attend Round Rock Independent School District, one of the highest rated school districts in all of Texas according to the Texas Education Agency. There are a total of 49 schools in Round Rock ISD which consists of elementary schools, middle school, high schools and an alternative education center.

The Round Rock Custom Builder You Can Trust

Preston Homes of Texas is an award-winning Texas Hill Country and Austin area custom builder. We are proud to be the superior Round Rock custom builder and to provide our clients with homes that they thought only possible in their dreams.

As your Round Rock custom builder Preston Homes of Texas will guide you through every step of the custom home building process. We know that the process of building a custom home can be overwhelming which is why we keep an open line of communication at all times with our clients. When we are your Round Rock custom builder, we want you to feel completely certain that we are constructing the home that you dream of.

Become a resident of one of the most desirable cities in all of Texas and choose to build in Round Rock. With Preston Homes of Texas as your Round Rock custom builder, you ensure an immaculate and functional home in a city with unlimited potential.

Let us turn your home dreams into your dream home.

As an award-winning Lake Travis custom home builder, our philosophy is to provide every homeowner in the Texas Hill Country and the Austin area with personalized attention and to deliver quality craftsmanship in every home we build.

Read more about us